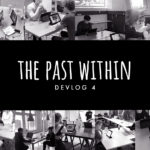 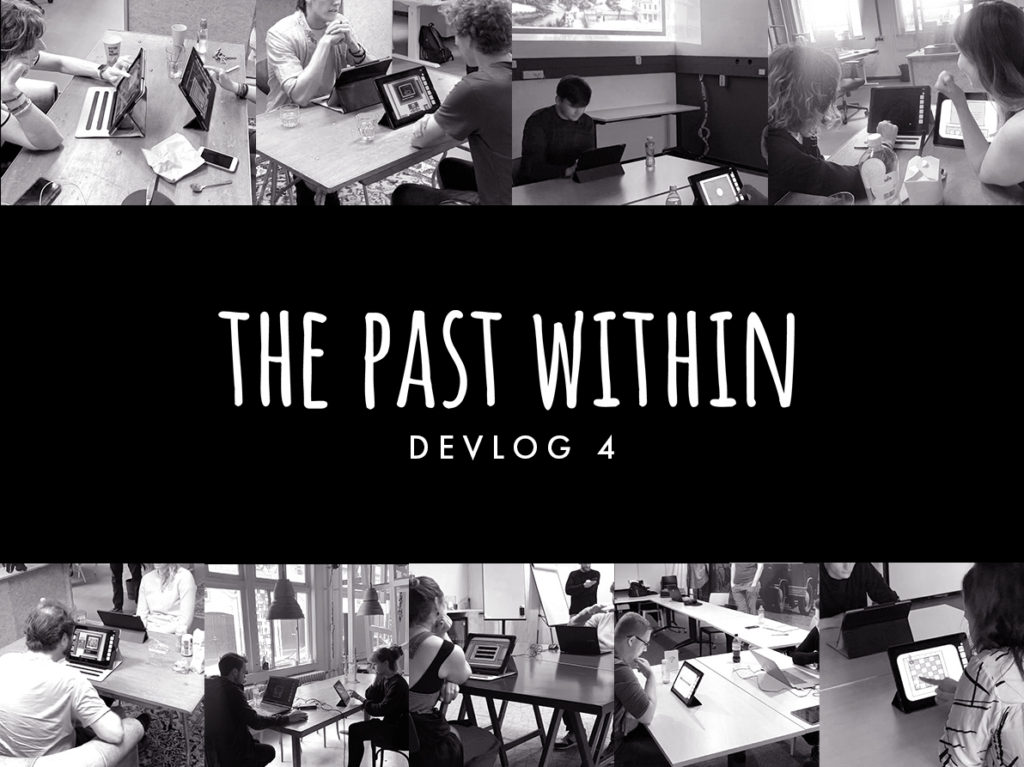 Thank you so much for all your feedback! It has been awesome reading your experiences on the small 2 player puzzle we shared in the last devlog*. To quote a few:

• “My son and I enjoyed it! We both have been playing through your other games and have had to put our heads together to solve some of the puzzles. We look forward to actually playing the whole game together. Love the communication aspect and having to talk through and describe things. Hopefully it will be a little more challenging and maybe some puzzles where each person has to solve some things individually first. Can’t wait!”

• “It was amazing, we both are fans of the games, and we wanted something to play together! Since we have a very wonderful link we were able to pass the first enigm very soon, we used the same word to describe it and we understand each other perfectly! We tried to use our knowledge for second enigm, instead, we just needed to analyse it together! For third, it was hard, but two brains are better than one, so the solution jump on our mind almost contemporarily! We are both very hyped to try the full game! Greetings from Italy!”

• “We met with Angela through the comment section of your giveaways and so we have become international best friends. We had a great time cooperating through discord and we are looking forward for more The Past Within content.”

This is exactly what we try to achieve for The Past Within – a satisfying puzzle experience given by communicating with each other. Playtesting puzzles, like the small 2-player puzzle we shared for you to solve, have been vital for the development of the game. In this devlog we will dive a bit deeper into test playing puzzles of The Past Within, how it affected the development and share more in which stage we are at now in the process of development.

As mentioned in our previous devlog, playtesting has been, more than ever, a very important part of the puzzle design process. And perhaps we even underestimated the importance of playtesting when we changed our concept from singleplayer to multiplayer. In a single-player game, a puzzle has a certain solution that has to somehow feel logical for the player. But in this game, every puzzle has to be solved from 2 sides, so it needs to be tested on two sides.. preferably by 2 new players every time. 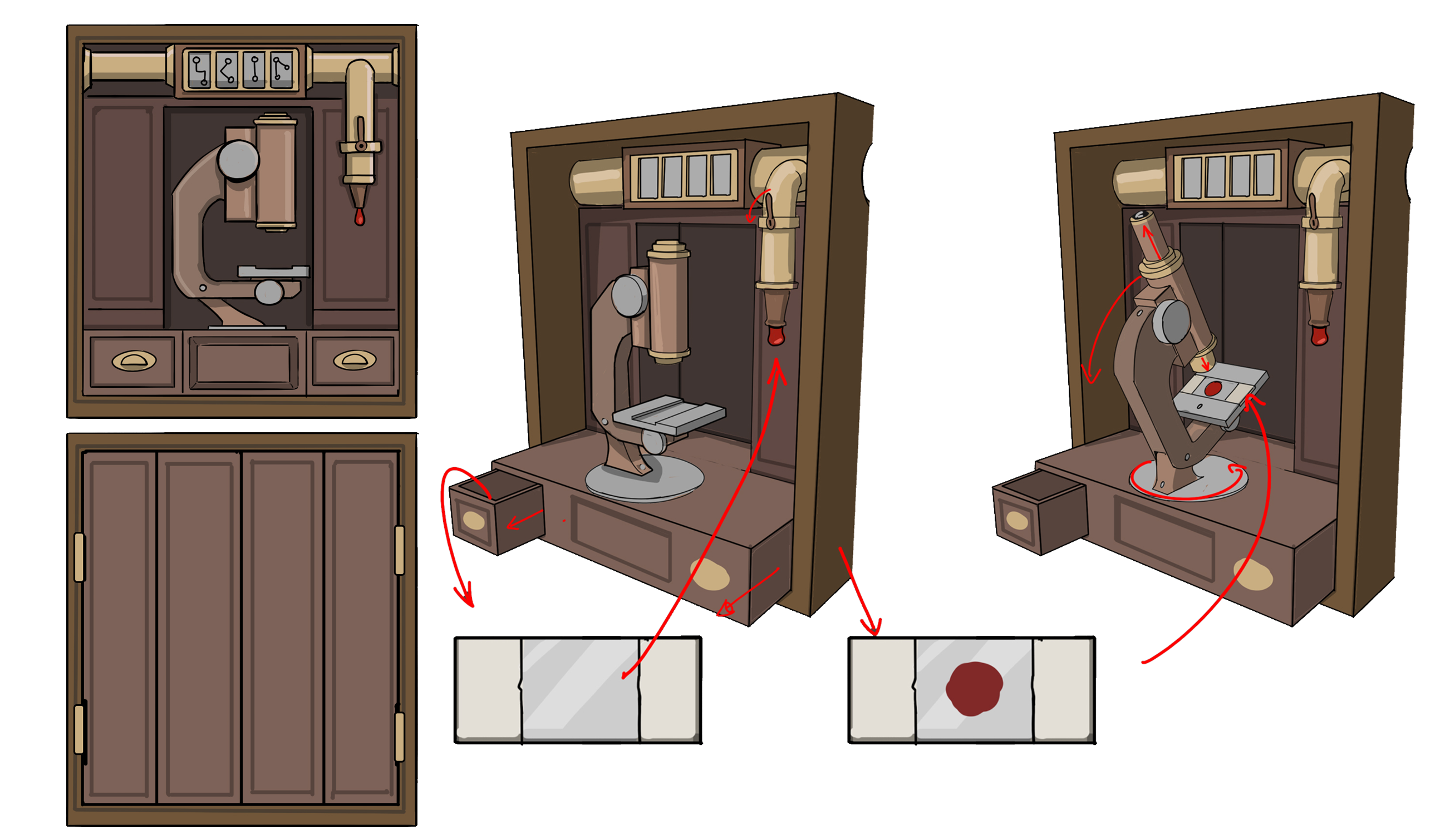 A puzzle that didn’t make the game

Unfortunately due to Covid-19, it has been harder than usual to find test players. Normally we would go to a gaming conference at least every 2 to 3 months (by the way awesome if you visited our online Indie Arena Booth!!), where we could test a new build with a new crowd of people each time. Going to these events would also function as a perfect deadline for us to have something ready to show. As you know almost all events were not possible and due to Covid regulations in the Netherlands, it was often impossible to invite test players to our office. 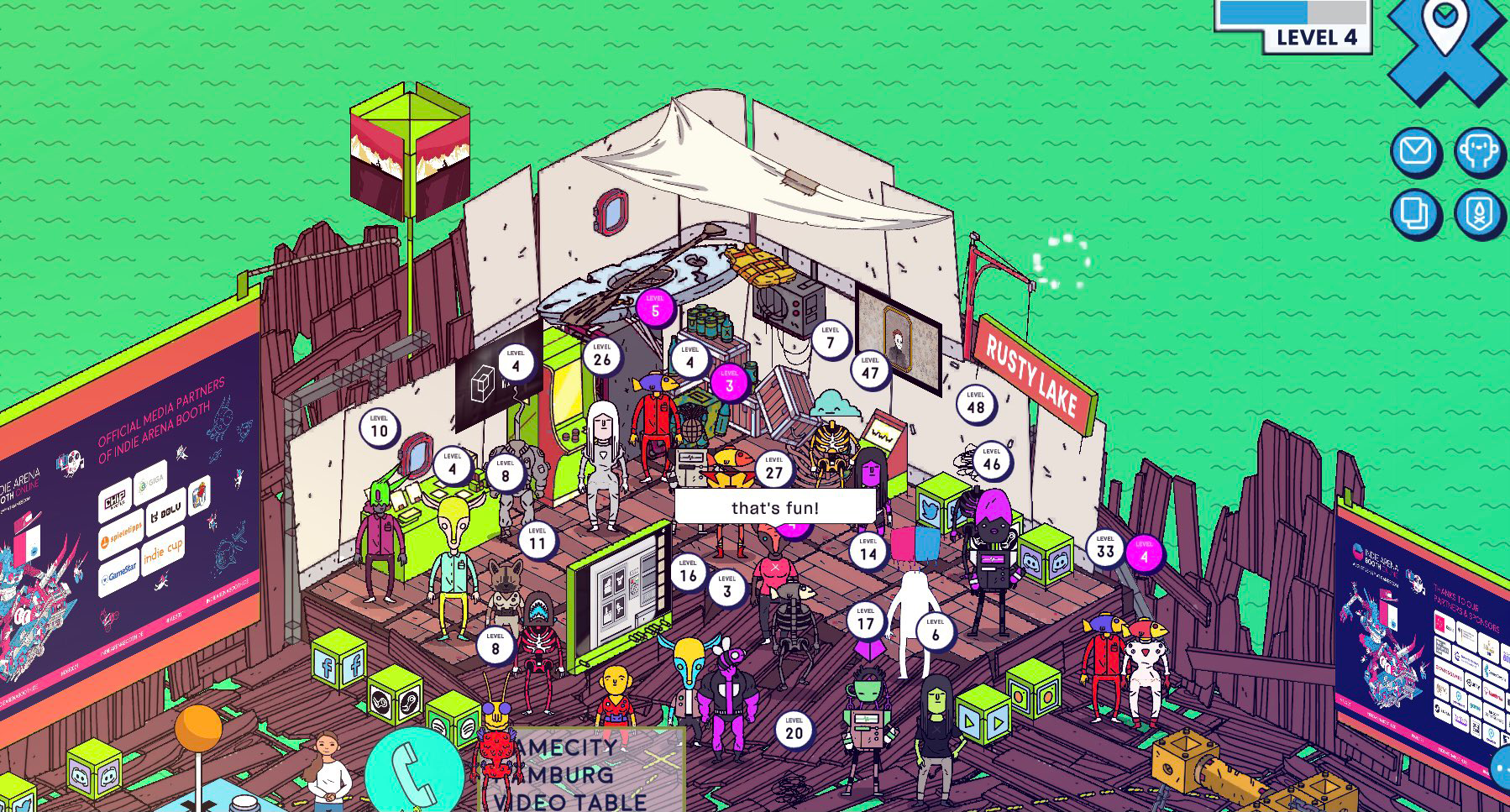 Luckily the past 5 months have been easier and we have been able to invite new test players every 2 weeks. We asked friends, couples, Rusty Lake fans, people that never played games before, people who would play over Discord and many other variations. Every play session has been unique since each pair of players have different ways of communicating and playing. We’ve heard puzzles described in so many different ways, ways we never even thought about ourselves – which has been invaluable in helping us tweak puzzles or coming up with new ones.

After more than 20 playtest sessions we have been trying to filter the right feedback and fine-tune the whole flow and experience of the game. Each time we added content (puzzles) with the aim to improve the overall experience and gameplay length, it meant we also had to playtest that specific content in at least 3 different playtests to verify and see if it would actually work between two people. During all these playtests we have been mainly checking if we triggered the right points so people communicate the right details of a puzzle (keeping in mind they both have completely different views). Maintaining the right balance of difficulty for two players has been a challenge as well – for some couples a puzzle has been very easy while others kept on struggling – so where do we draw the line and decide if a puzzle is perfect for two players? Luckily, if you are stuck and both need a hint …. you are allowed to peek at each other’s screen (although for the best experience we wouldn’t recommend it). 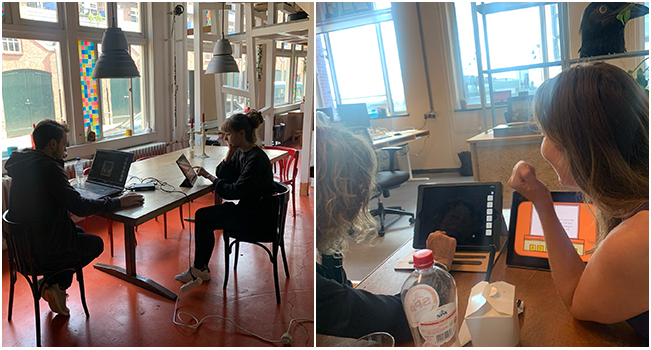 2 different groups of players testing The Past Within

Current stage and date of release

This new way of developing and playtesting is also the main reason why it is harder to communicate a release date: we are currently still testing and improving the experience and flow of the game. The last couple of weeks have been all about designing an intro, tutorial and ending that work and feel natural. There is also a focus on adding replayability – we want the game to be fun for players who want to re-experience it together with the same person or with someone new. We are continuously polishing and improving the 3D and 2D environments. Together with these new additions and adjustments, we will soon start adding in the soundtrack and sound effects. Not to mention all the technical aspects that come with the fact that we changed to Unity. The to-do list seems never-ending and at this time we are pretty sure that aiming for a release in Q1 2022 is a more realistic and honest plan than the current ‘2021’ date which is displayed on Steam.

Developing a two-player co-op is and has been a new learning experience for us and playing a co-op game will probably be a new thing for most of you, so we are doing our utmost best to make the experience as fun as possible. Especially for all of you who are already excited to play this together. And at the same time we are putting hard deadlines for ourselves (without the events) to get the game out there – but then again… we will only release The Past Within when we are confident that the game is fully ready – and to achieve that level of confidence, we have to keep playtesting. Luckily till now all our testers really enjoyed playing it ? 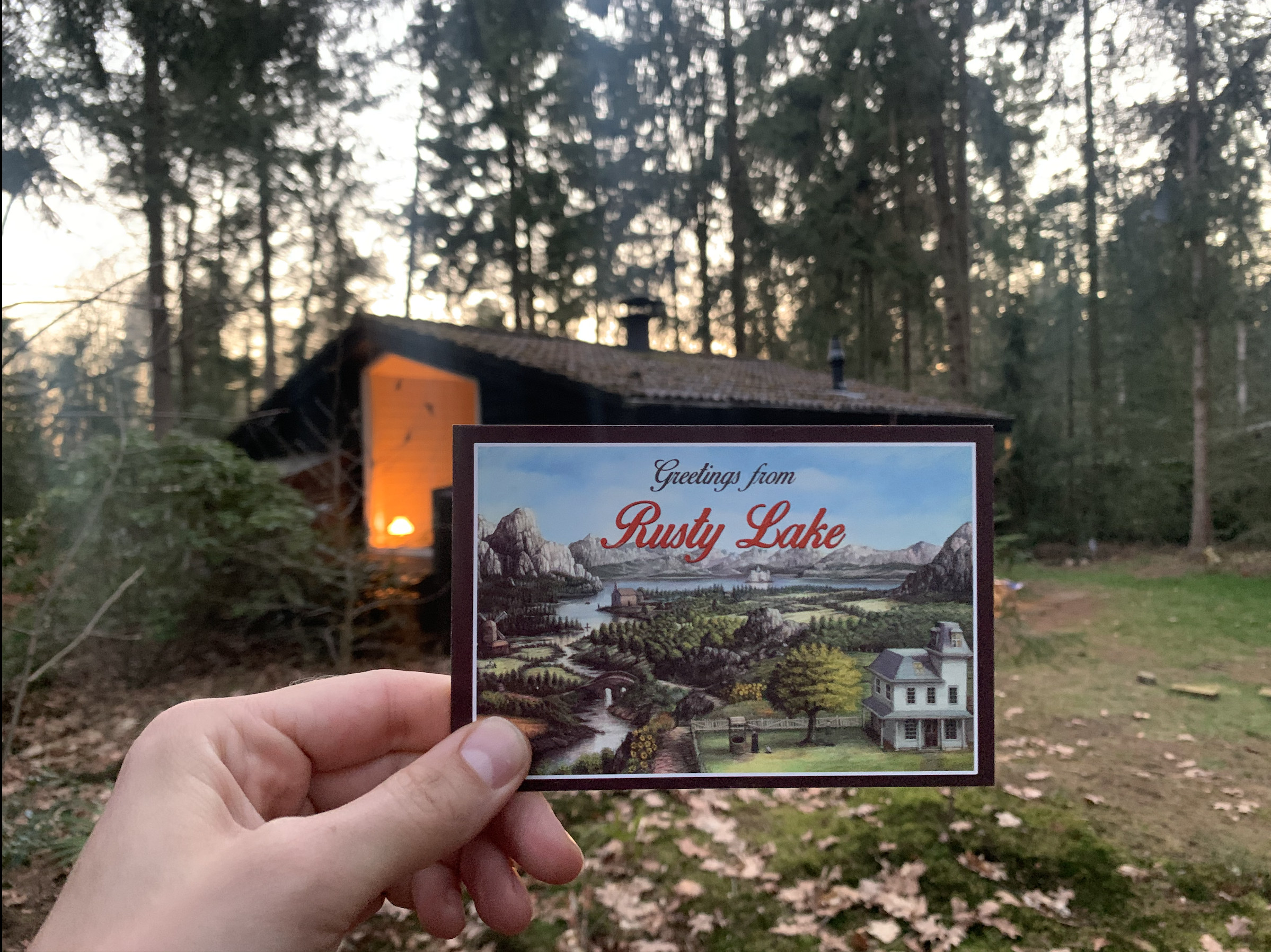 A small cabin in the woods!

There has been one very special playtest in this cabin… and in the upcoming month, we will share a small video of their recording!

*We contacted all winners and even chose some extra people to win the new Albert t-shirt. In case you missed it, check out the small 2-player puzzle in Devlog 3.