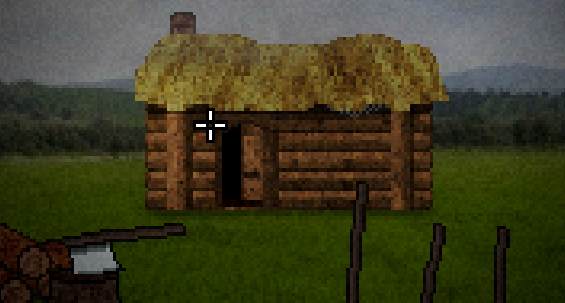 Instead of trying to escape from dungeons, cellars, caves, labs or other dark and mysterious random places the game developer called Scriptwelder, known for great games like ‘400 years‘ and the ‘Deep Sleep‘ series for example, decided that it’s time to add a little twist to the way a game in the Escape the Room genre requires to be played. These games are always about escaping from something or somewhere by following hints and paying close attention to details. The creative idea that Scriptwelder came up with turned the rules of the Escape Room genre upside-down. Because the developers reversed the well-known gameplay the purpose of these anti-escape games is to not escape from the situation you find yourself in. In all kinds of scenario’s it’s up to the player to make sure to keep yourself locked inside a building, and yes there is always a good reason why you should do that.

In the first part of the intense Don’t Escape series for example it’s your main task to you to keep yourself locked inside a cottage. Try to block every possible way of escaping so you can’t get out when the full moon rises. Why do you ask? Because you will turn into a howling werewolf when the moon hangs like a cruel portrait in the dark sky. During the night you must lock yourself inside to prevent your beastly alter ego from slaying all the innocent people in the village. Create blockades to prevent yourself from escaping and going on a killing spree.

In the sequel things are different since you play as a survivor of the zombie apocalypse. With a small group of other survivors it’s up to you to defend yourself as best as you can against an incoming zombie attack. Before they can eat your brains for breakfast, lunch or just as a nice snack in between meals you have to lock yourself in to defend the people from the incoming attack. Recruit followers to work for you, they will assist you in preparing the proper defenses for the upcoming zombie raid. You only have until sundown to defend the hide out so be quick or be dead.

In the third installment of the series you are drifting on a mysterious starship in space, find out for yourself what your goal is…

In every part of the Don’t Escape series things will get pretty intense because of the time pressure. It’s interesting to reverse your thought process in these kind of games because of the creative and playful twist on the well-known way how to play these games. Don’t Escape offers an interesting change in a well-known genre, the smart puzzle games with creative ideas are challenging. Let’s hope for more parts of this great series in the future! As always, RustyLake will keep you updated!