First of all thanks for being an awesome community! It’s a great motivation for us to work so hard on the Cube Escape series. When we started we didn’t imagine people eagerly waiting for the next chapter. The last 6 months were like a roller-coaster ride in terms of developing: every month a new Cube Escape game. And we’re just with the two of us. But the work we’ve done is really paying off and we reached the most of our goals this year already: an awesome community supporting us, a website with rich content from many other devs and showcasing our games at events.

We have so many interesting ideas for the Cube Escape, that the series seems endless. Although we really want to keep continue this series, we don’t earn much from the games. As you guys know the games are free and in the mobile versions there are a few ads. Maybe if one of the games went viral we might continued another half year on making these series. But in order stay healthy money-wise and keep ourselves innovative we decided to start working on a new project.

And wow. We’re really excited about this new project… And of course it will take place in Rusty Lake as well (the Rusty Lake universe is big, even bigger than the Cube Escape overview we showed yesterday). Here is a sneak preview: 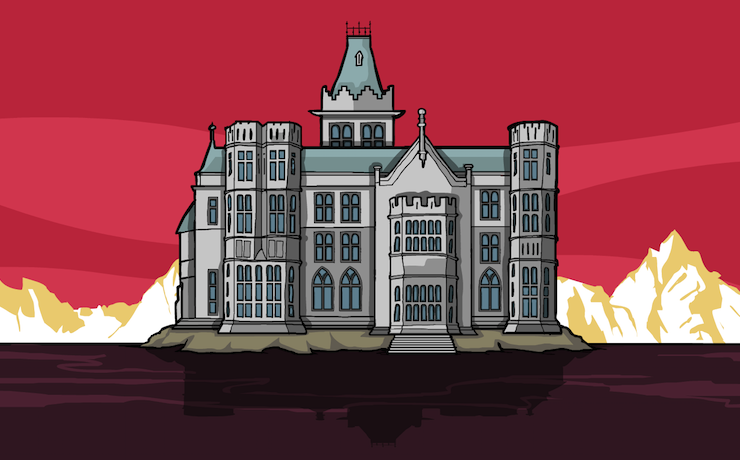 You can expect the same randomness, creepiness and even some important figures from the Cube Escape Series. You will recognize a lot of the Cube Escape series, since the gameplay will merely the same. But we will add more replay value to it, this game won’t be finished after one play:)

Because this project will take two months of work we also decided to make the full version available on mobile (and we will look into the options to make a version available on desktop as well :)).. We will ask a small price in order to survive and eventually we will add a demo of the game to our website and the other portals. We keep you guys updated showing sketches every week!

And after this project is done (we expect a launch in November), we will turn into a demon and we won’t eat or sleep there will be a new Cube Escape….:D

Let us know what you think!